Chanel No5 was revolutionary when designed in 1921. Ninety years later the fragrance, like its namesake, is still an enigma. Its formula is one of the world’s best-guarded secrets and it is so famous it is the only perfume to have an unauthorized biography. In the world of ‘noses’ it is known as ‘le monstre’ – a bottle is sold somewhere every 55 seconds.

Before Ernest Beaux created No5, women wore only single note floral scents such as gardenia, rose or violet. The designer commissioned Beaux (who had been perfumer to the court of Tzar Nicholas 11 and may have been involved in the murder of Rasputin) to create a mysterious, indefinable scent. Mademoiselle Coco wanted a fragrance that was like none other. She wanted to reinvent fragrance the way she had fashion.                                                                                                Beaux did just that. By blending aldehydes* with expensive natural components he created a scent that was as pioneering as the designer. Before No5 aldehydes had only been used with inferior cheaper naturals. He cloaked a traditional perfume with a modern exterior. It was and still is a posy – not the scent of a single flower but a floral composition. Somehow he anchored the seductive scent of many different flowers with the aldehydes to engineer a perfume that is opulent but not heavy – extremely modern for the time.
This alchemy of at least 85 ingredients includes top notes of ylang ylang, a voluptuous centre of May rose, jasmine and neroli with a base of sandalwood and bourbon vanilla. Like the ateliers of Paris who now work only for the maison Chanel, the label has worked with the growers in Grasse to ensure a continuous supply of both the local jasmine and May rose.
There is some dispute over the name: was it the fifth scent presented to Chanel? Or her lucky number? Or was it the orphanage in Aubazine where she lived from the age of 12 where there were many 5’s emblazoned on both the paths and stained glass windows?

*Aldehydes are benzenoid compounds that were discovered in the late 19th century. They continue to be used today in manufacturing synthetic materials for modern perfumes.

The AFFA’s – The Fashion Film Night of Nights 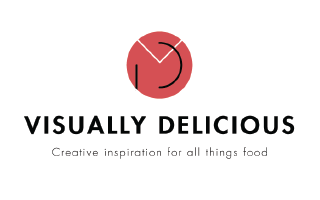