According to Dictionary.com a staycation is a vacation spent at home or near home, doing enjoyable activities or visiting local attractions.

The chance to be a tourist in your own city – staying somewhere new and experiencing your own city from a different point of view makes sense. An opportunity to recharge the batteries and have a weekend away can be just what you need at this time of year. No airport security or long drives. This weekend we did just that combined with the opening night of Singin’ in the Rain.

Singin’ in the Rain

It goes without saying that ‘Singin’ in the Rain’ is a film icon of the 20th Century. It represents the best of mid ‘50’s America; brash, enthusiastic, confident and talented. (Or at least, the world’s idea of America at that time).

And you either love it or hate it. There’s no in-between.

The ‘hate-it’ camp see’s a film that teeters on melodrama and kitsch, a film that’s old-fashioned and just a little predictable.

Those in the ‘love it’ crew, and full disclosure, that’s us, see a film of unbridled talent, energy and sheer joy. We overlook the occasional overacting and melodrama, this is a movie musical first and foremost.

In 2007 the American Film Institute ranked it as the Number 5 film of all time (not just musical). The lead song, ‘Singin’ in the Rain’ has been voted ‘The most joyous song ever recorded on film’. And even though it never won an Academy Award (The Greatest Show on Earth won that year) it did win Donald O’Connor a Golden Globe for Best Actor in a Comedy or Musical.

This is a story with a lot of fans, even fanatics. Its signature song is part of our cultural memory, so much so that VW re-released the clip a couple of years ago with Gene Kelly now performing modern interpretation.

It’s those opening dodidodo, dodi dodidodo’s… that heralds the water splashing joy of a new love.

With this history it’s almost impossible not to compare any modern rendition to the celluloid original. ‘Singin in the Rain’ has just opened at the Queensland Performing Arts Complex, and along with a troupe of incredibly talented singers and dancers, there are 12,000 litres of falling water.

Ever since his So You Think You Can Dance win in 2008, Jack Chambers has made his mark in musical theatre. Teaching and choreographing at New York’s Joffrey Ballet School, Jack then took on the role of Link Larkin in Hairspray the Musical back in Australia. As Cosmo Brown (the role made famous by Donald O’Connor) Jack was nominated for a coveted Helpmann Award for best Supporting Role in a Musical.

Perfectly recreated in sense and style, this is a blockbuster – perfectly transporting a film to the stage (no easy task). And while the stage musical has moved on with shows the standard of ‘Lion King’ and ‘Wicked’, there’s nothing more exhilarating then seeing naked singing and dancing talent with little or no props. If you fail, there’s no safety net. These ‘guy and gals’ don’t fail. A long and enthusiastic standing ovation confirmed the point. If you want a night of unbridled joy, leave your inner film critic at home, sit back, and just wait for the those dodidodo, dodi dodidodo’s…

Perfectly positioned for business travellers in Brisbane’s CBD, it’s the location that makes it ideal for weekends too. A leisurely 15 minute walk to QPAC and GOMA allows locals and tourists alike to enjoy the latest sell-out shows and exhibitions.

With CBD dining hotspots, Southbank restaurants and Chinatown all close by you may not get time to take advantage of the fully equipped kitchen in your studio or apartment. There’s Foxtel, a washer and dryer and everything else you need for a few nights of checking out the River City.

You can breakfast in your apartment or enjoy 127 Bar & Bistro downstairs with a menu that has everything from light options to the massive Big Breakfast here. A great start to a morning of walking with our Brisbane Greeter.

If you hail from Brisbane, interstate or overseas you can enlist a local with all the knowledge to take you on a free walking (or cycling) tour of the River City. Backpackers, art lovers, new arrivals are all doing it. Greeters are people who just love to share their city and local perspective so you don’t have to miss out on all the history and news of the River City. 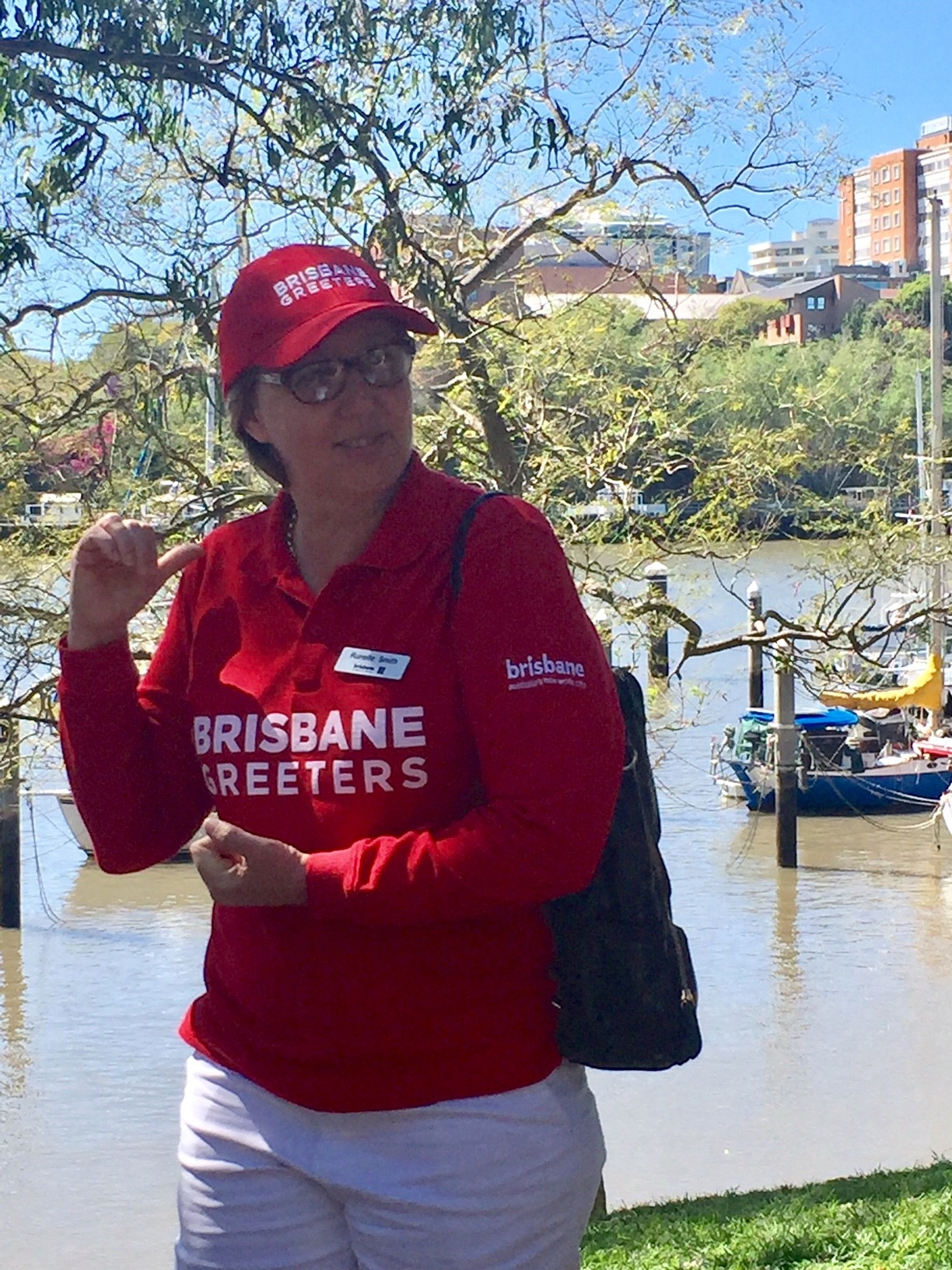 Next Door Kitchen and Bar

This restaurant and bar somehow manages to be all things to all people. Right in the centre of all the Little Stanley St action at South Bank, the menu is best described as modern Australian with a range of share plates and starters to substantial mains and delectable sides. 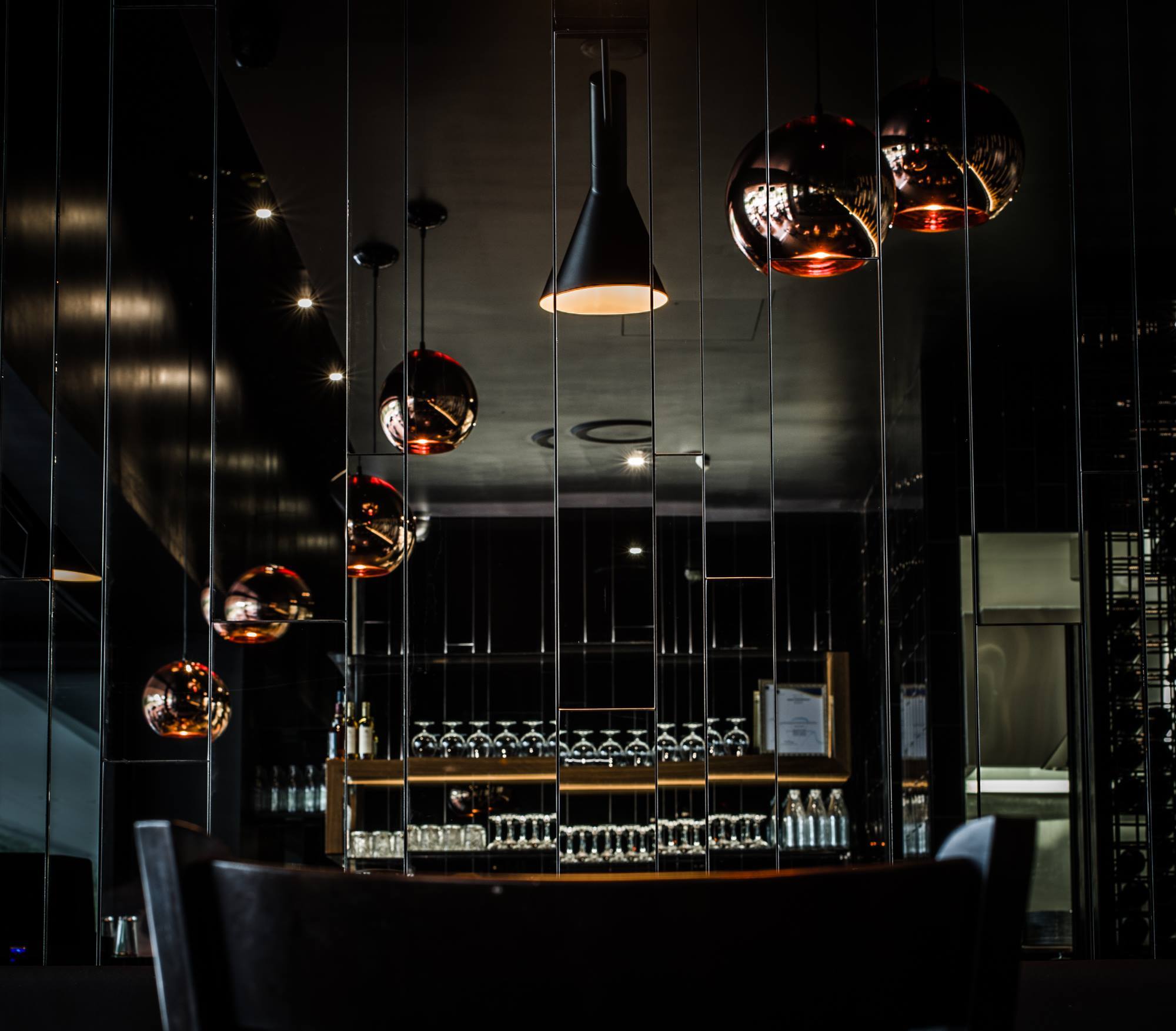 The décor is a modern/vintage with timber, brass and mirror detailing. The outstanding cocktail list is comprehensive and service throughout was not only attentive but spot-on for a group who had to be in and out in a little over an hour. 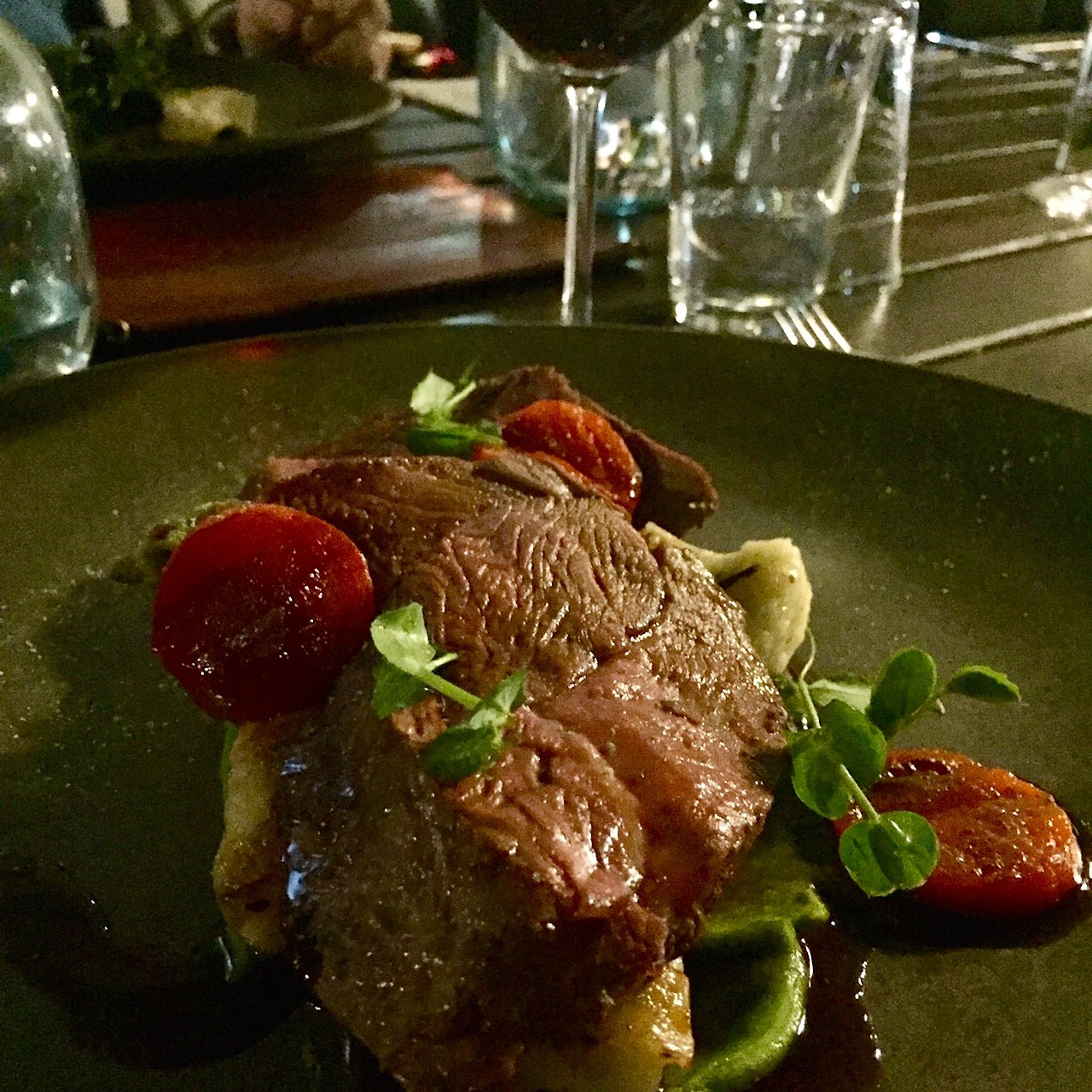 Open on weekends for breakfast and lunch and dinner 7 days, Next Door Kitchen and Bar is ideal for a pre-show dinner. We enjoyed a cooked to perfection roast lamb rump with herb potato gnocchi, pea purée, confit red pepper & jus. The pan-roasted free range chicken breast with chorizo, corn purée, heirloom carrots, jus & kipflers was also an absolute treat. The Howard Park 2015 Pinot Noir worked well with both dishes. If only we had more time to try the pistachio crème brûlée with white choc and pistachio crumb and liquorice ice cream. http://www.nextdoorkitchenbar.com.au/

If you are a fan of ‘authentic’ Mexican food, you know Australia and Brisbane has been a little slow to join the fiesta. Yes, there are a few serving up adequate Cali-Mex and some that still believe that sour cream is one of the major food groups. The food is never genuinely smoky or spicy always needing the addition of chilli or hot salsa on the side.

Albert Lane is now where it’s at for inexpensive options other than the Golden Arches. Comuna Cantina showcases Latin street food from Spanish Pinchos (pinxtos) Arepas (Venezuelan/Colombian) as well as light, small tacos made from soft corn tortillas. There are corn chips with pico de gallo (fresh salsa) and plenty of extras like Guacamole, Black Beans and Chimichurri. 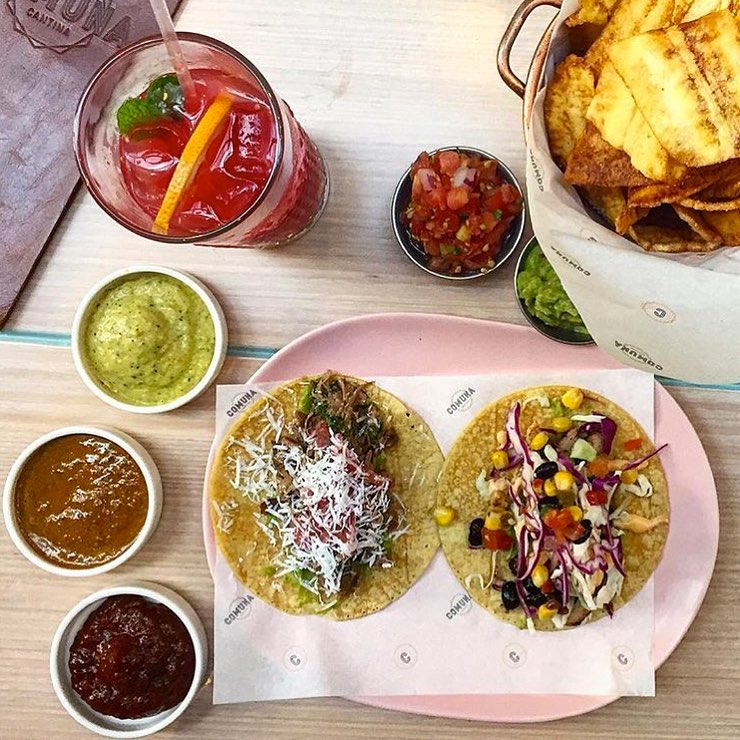 The absolute must order is the Grilled Corn with chipotle mayo and queso fresco. The Mexican street food staple is messy and sooo delicious. The tacos we sampled were both delectable – a pulled pork, guac with suitably hot pink pickled onions, coriander and for added crunch julienned green apple. The lamb with chimichurri, guac & queso fresco was special with a touch of extra salsa.

Oh and they do, DO cocktails. Serious tequila cocktails. In Love with the Coco with Pampero Blanco Rum, coconut liqueur, lime, mint and a serious amount of chilli starts warm but finishes with a refreshing zing. Take Juan to know Juan is a cooling mix of Don Julio Blanco Tequila, Cucumber, Lime and Coriander. Service here was an absolute treat – knowledgeable and attentive.

This Magnificent Life was a guest of Brisbane Marketing.

Brett Whiteley Art, Love and the Other Thing

Life’s good at Will and Flow

40 Days of Flavour star this Autumn

The Calile Hotel: A sub-tropical charmer

Emporium Hotel South Bank: Where everybody knows your name