Australians have had a penchant for rum since the earliest days of European settlement. Once Sydney town’s major currency, soldiers were the merchants and hence their more colourful nickname – the Rum Corps. It was also at the centre of Australia’s only military coup d’état – The Rum Rebellion saw the Queen’s representative Governor William Bligh, overthrown in 1808. Some might say rum runs deep in our national history.

Fast forward to 1872, hardy pioneering stock (descendants of the rum soldiers and convicts) moved further north to grow sugar. Where there’s sugar, there’s molasses and when you have molasses you can make rum. In 1889, the first batch of Bundaberg Rum rolled off the production lines and the rest, as they say, is history. 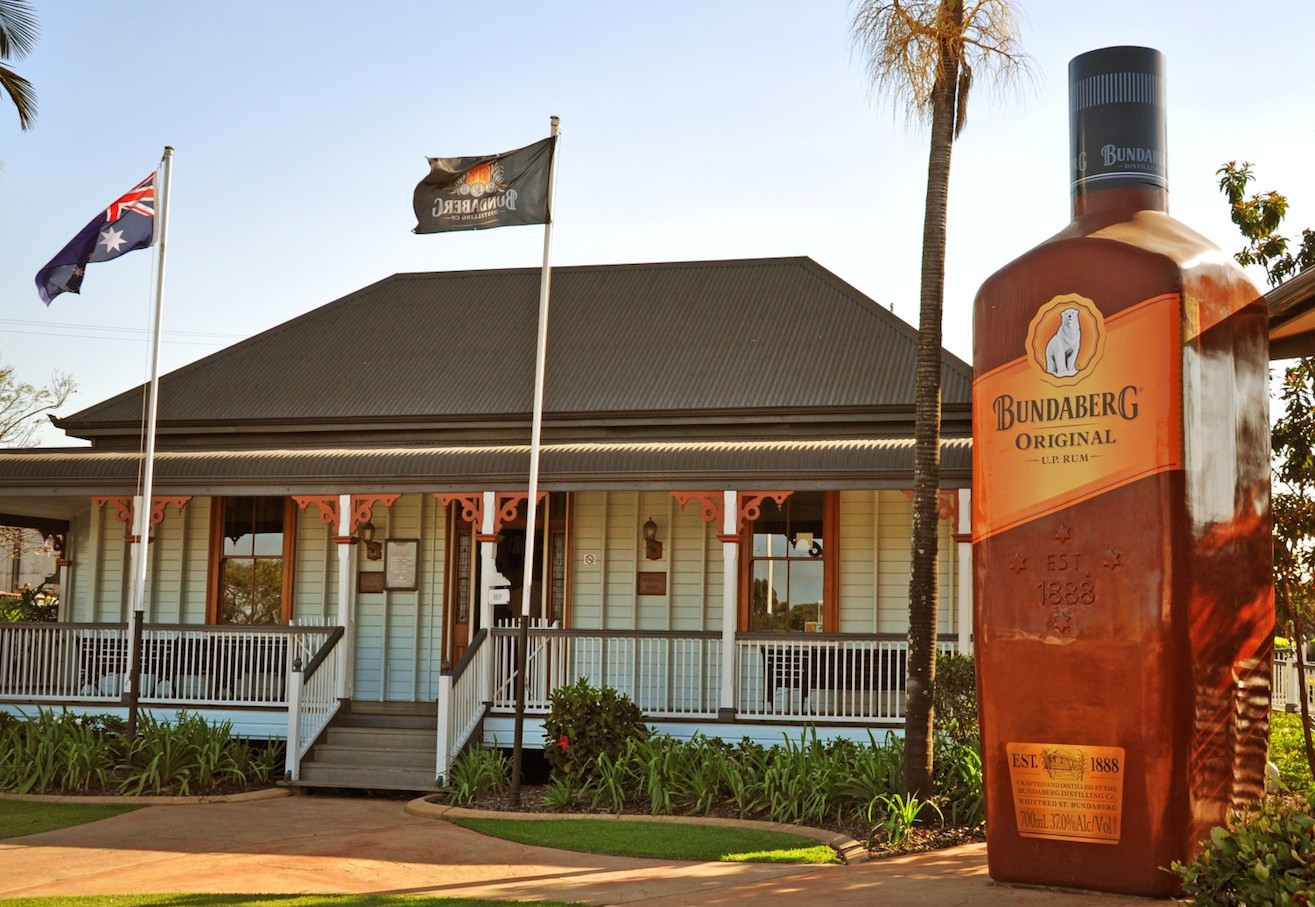 After 129 years of distilling Australia and Queensland’s most well-known rum, Bundaberg Rum underwent a major facelift in 2016. As part of the $8.5m upgrade, the new Bundaberg Rum Visitors Centre threw open the doors to rum aficionados and tourists alike for 3 new tour experiences, The Distillery Tour, The Museum and in an Australian first, a ‘Blend Your Own Rum’ experience.

The guided distillery tour is all about deep, rich, mahogany rum colours and sweet, toffee and molasses scents. Molasses is pumped underground from the sugar refinery. The complex rum production process is long with rigorous quality controls throughout. 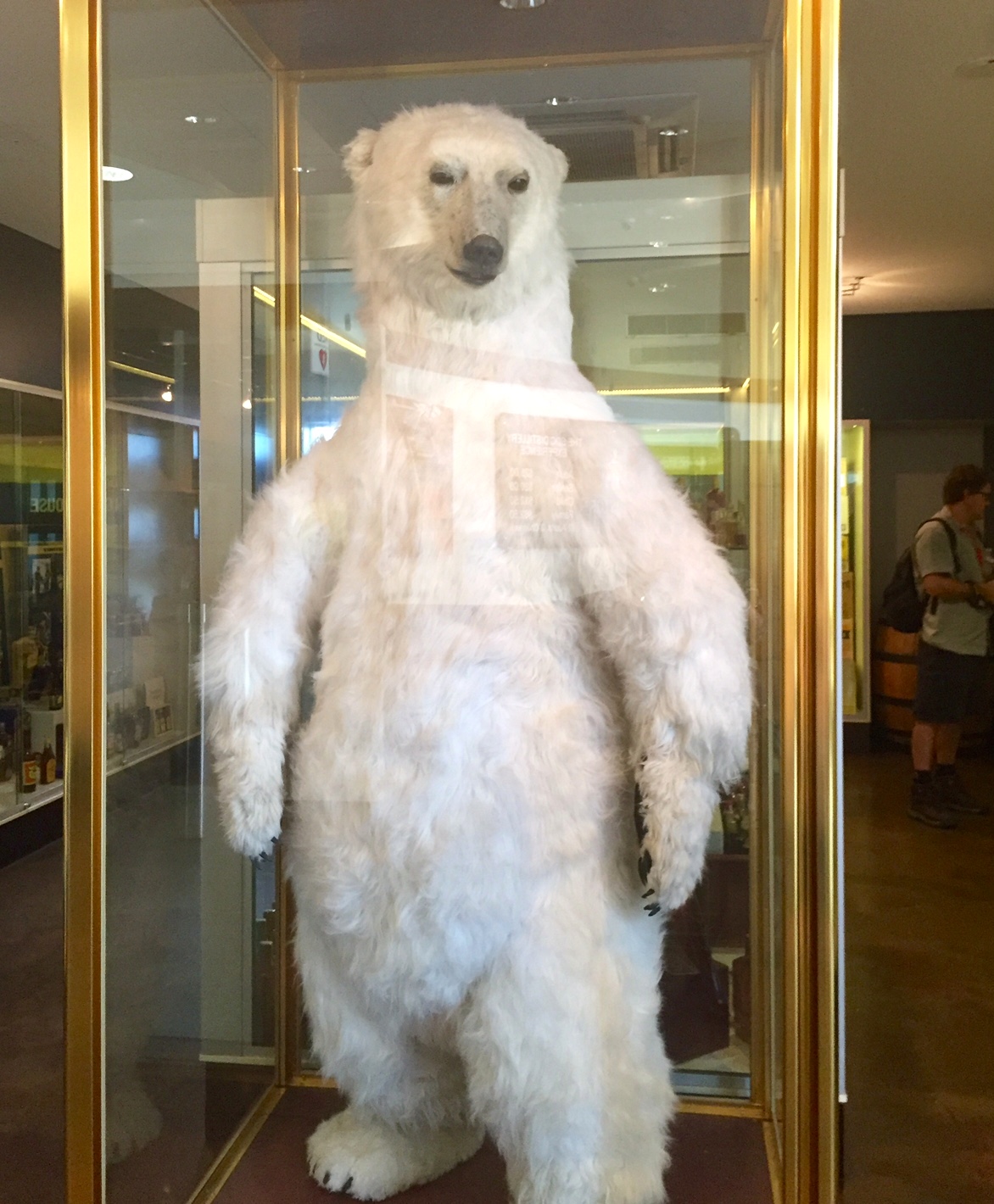 This is where you see the craft behind producing the multi-award winning liquor. You even get to taste a drop or two.

The Museum is an immersive experience where you can walk through 75,000 oak vats. Hundreds of thousands of litres of Bundy have happily sat here over the years. The designers have re-purposed much of the old vats and pipes. You can even see the world’s largest collection of rum bottles.

But it’s the Blend Your Own Rum experience that will get the Bundy fans salivating. Your writer was one of the lucky first few to ‘blend our own’ before the new facility opened for all to enjoy. MasterChef’s Matt Preston also guided us in a ‘how to’. He had already created ‘Matt’s Blend’ the previous year and was keen to share his love of rum and the influences of the different barrelling.

Matt believes if we have a national drink it must be rum because it is so entwined in our history, “the spirit that underpinned those first Australian settlers”. His first rum experience? “In Spain, probably dancing to punk music and trying to crack onto girls without much success”. Today, it is more about sipping a well-crafted rum – sharing with “friends on properties in the middle of the bush”.

The Bundaberg Rum Blendatorium is part science lab, part old world distillery (Think Frankenstein without the horror and lots of delicious, oaky tastes and sweet scents). Each ‘blender’ has 5 glasses with premium rums aged in small oak barrels that were previously home to Bourbon, Sherry, Port, and Scotch. Each is subtly different from the sweet vanilla hints of the Bourbon to smoky, dark peaty Scotch barrels. The Heavy Charred American Oak Barrel aged rum is woody with caramel tones.

You may feel a little ‘mad scientist with all the pipettes, carafes, beakers and graduated cylinders. Using the 10 blending ‘commandments’ as your guide you can mix and match flavour profiles until you ultimately craft your own bespoke blend from the barrel to the bottle.

My blend? 2.5 parts Bourbon for sweetness and a hint of vanilla, 2 parts Sherry for the dried fruit, 1 part Port for a little fruit cake with 1 part of peaty Scotch for the unmistakable touch of smoke.

Blending your own rum is not only for die-hard Bundy fans. It is a one-of-a-kind immersive experience to understand the craft of rum making. After blending, you are rewarded with 2 personalised bottles of your own blend to take home. This quite unique experience might not be one for the whole family but it will ensure the Bundaberg Rum Distillery maintains its position as the #1 tourist attraction in town.

Welcome Beyond the normal

Bundaberg – The heart of Australian food