Our first major road trip post-border closures should have been easy. Part 1 was Brisbane to Newcastle. Was it an omen, after driving through driving rain we would be stranded at the Barry’s Creek Rest Stop south of Kempsey? Three hours later, with a new battery, we set off again for our stop for the night. The cheery Quest Newcastle West reception staff greeted us with wide smiles and I’m sure there would have been a hot cuppa and open arms too if it wasn’t for social distancing.

Less time to relax. Playing catch up with the lightning-fast changes to borders, zones, and hotspots. Tomorrow was supposed to be the Pacific Highway all the way to Marlo just over the Victorian border. But Gladys and Brad had put an end to that. 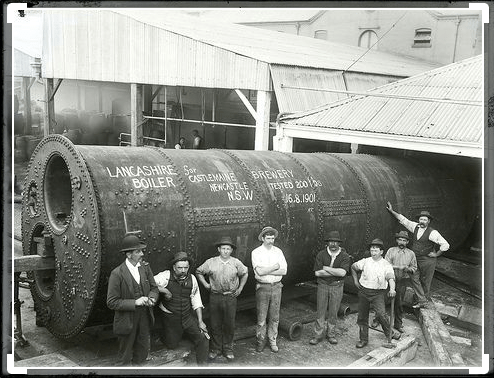 Quest Newcastle West isn’t the first hotel re-imagined from a brewery. But it may be the first time a hotel has sprung from both a former brewery and museum. 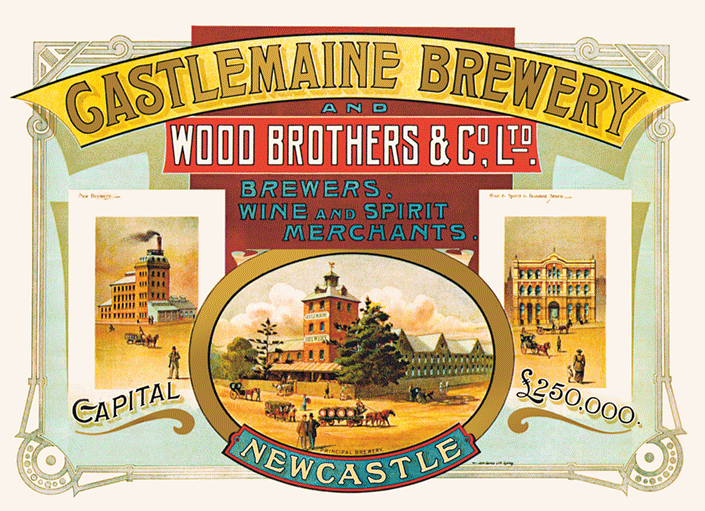 Built in 1876, Woods Castlemaine Brewery remained an important part of Newcastle for nearly one hundred years. The distinctive, four-story tower was a ‘Steel City’ landmark. It was the site of retail markets until it was converted to the Newcastle Museum in 1988.

After three years of painstaking construction and working with heritage restrictions, in July of 2017, the doors reopened as Quest Newcastle West.  Franchise owners Daniel and Jill Burton and Lee and Sheree Bennett wanted to preserve as much of the original brewery structure as possible. Exposed beams, the original entrance, arched windows, and extra-high ceilings were integral to keeping the character and, in turn, the design aesthetic of the new apartment hotel.

The apartment hotel still dominates the skyline and the street-scape. Step inside and it’s the towering cathedral ceilings and exposed beams that make this quite unlike other hotels.

Quest Newcastle West has 78 rooms configured as a mix of studio, 1, 2, and 3 bedroom apartments. And for those who don’t want to work in their apartments, a business lounge is available. There’s also a well-equipped on-site fitness centre. Studio Apartment guests can also access the guest laundry on the ground floor.

THE ROOM (OR IN THIS CASE THE APARTMENT)

One, two and three-bedroom apartments are the premium option without the hefty premium. Indeed, with more room to work, relax and spread out than a hotel room, this is a home away from home.

When it comes to dining in, Quest Newcastle West offers a pantry shopping service as well as Deliveroo, Grab & Go Breakfast, and outdoor dining space just right for a family barbie. Nothing has been forgotten in the kitchens in the one, two, and three-bedroom apartments – family-sized fridges, oven, cooktop, microwave, double sink, and drawer dishwasher. Most importantly, there are all those utensils you need to whip up a gourmet feast at the ready in the self-closing drawers.

Our spacious two-bedroom executive apartment is really a haven for these weary travellers. Clever design has created just the right balance. The tower apartments are airy with high ceilings yet cozy with immense timber beams and milk chocolate coir carpeting. Suede, timber, and black and white prints of the Castlemaine Brewery in its heyday keep the look contemporary.

Two-bedrooms and two bathrooms would work well for families, two couples, or even work buddies who don’t mind sharing.

Although the apartments are now edging towards their fourth birthday, our apartment felt brand new.

Would have loved to test-drive the sleek galley kitchen. Maybe next time.

It was nearly impossible to leave our extra-comfy. king-size bed. Day 2 dawned with another typically 2020 thunderbolt. Get to Melbourne before the border closed to all entering from NSW. It would be detours and diversions, and smiling oh, so sweetly at Victorian police.

Lovely Charlotte in reception was a star and printed our border permits before 7.00am. And then we were on the road again.

Adding hundreds of kilometres to avoid the red zone of Greater Sydney meant there would be no Marlo or Mallacoota. Instead, it’s the not-so-scenic Golden Highway.