Stop me if you’ve heard this one. It’s the Seventies and a customs officer (and budding winemaker) confiscates a cutting at Auckland Airport. Not just any cutting but a Pinot Noir vine cutting concealed in a gumboot. The customs officer is told it’s from the world’s most famous vineyard, Domaine de la Romanée-Conti. 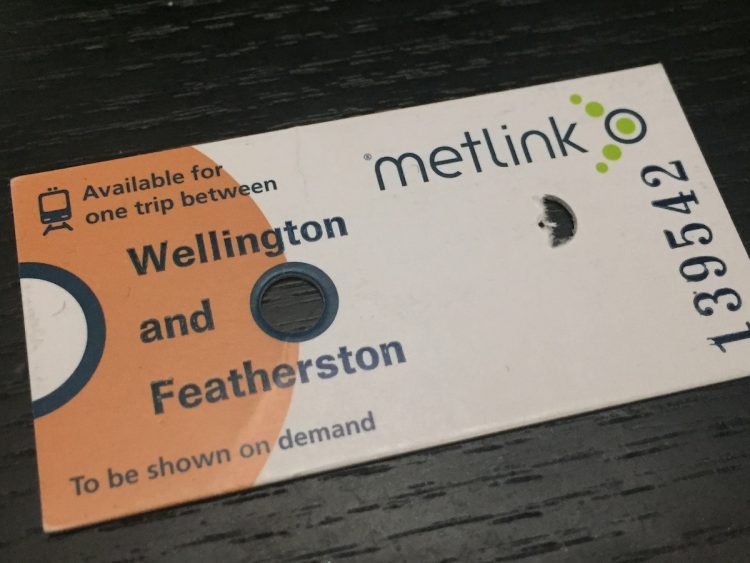 Rather than destroy the cutting, the officer sent it New Zealand quarantine only to buy it back and plant the first cuttings. A couple of years later that canny customs officer – Malcolm Abel got a call from Martinborough farmer turned winemaker Clive Paton who volunteered to work a vintage. They soon became fast friends and Malcolm gave Clive some of the offspring of those treasured French cuttings. Clive started his own winery Ata Rangi in 1982.

Today, Ata Rangi is considered to make perhaps New Zealand’s premier Pinot Noir and in 2010 was honoured with the inaugural “Grand Cru of New Zealand”. Martinborough is one sub-region located at the very south of New Zealand’s North Island in the Wairarapa. 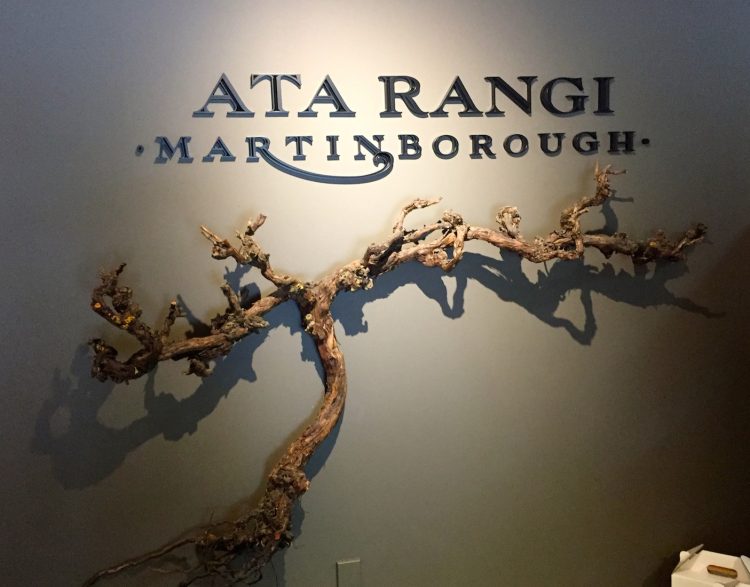 The rolling hills and differing terroir of Martinborough, Gladstone and Masterton form the Wairarapa. But, the postcard-pretty region has a problem. Wairarapa and Martinborough sound a little too much like those other wine districts Waipara and Marlborough on the south island. Recently, the producers decided when it comes to wine the district should be known as Wellington Wine Country.

Wellington Wine Country has just 3% of New Zealand’s land under vine, and 1.3% of the country’s total production yet these mostly family-owned wineries produce some of the country’s most awarded wines. Adventurous winemaking and a community spirit have attracted nearly 10% of New Zealand’s total producers with vineyards deliberately working on a very low crop yield basis. *The mercurial Pinot Noir grape is the star here with the ever-present Sauvignon Blanc in the major supporting role.

Stretching from Masterton and Gladstone in the east to Martinborough in the southwest you’ll also find it’s the people that make this the ‘little wine region that could’. Hardworking and proud they’ve all have stories to tell.

There’s only one place you can taste the remarkable Poppies Martinborough wines and that’s where it’s grown. Surrounded by the vines this must be one of the prettiest cellar doors in NZ to sip a glass or two. It’s also one of the most popular. 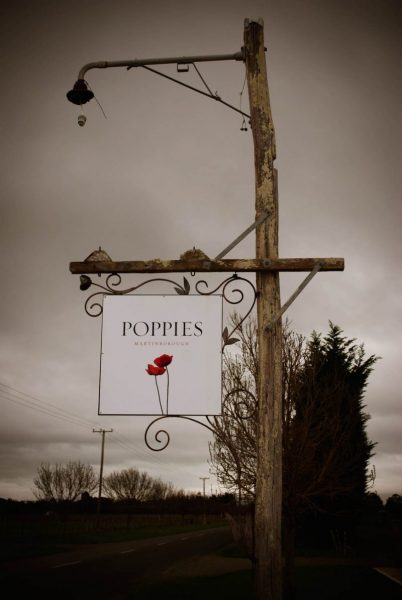 Plan to linger longer here. We follow a tasting of the small batch wines with a sharing platter of scrumptious charcuterie, seasonal antipasti, homemade tapenade, chutneys and cheese out on the loggia. On a sunny day, despite the accents, you could imagine just for a moment that you’re in Tuscany.

As Shane Hammond pours an excellent 2016 Pinot Gris he lets me know (with his tongue burrowing ever further into his cheek) that although wife Poppy is the winemaker, he is both the brains and the brawn behind the label. The Hammonds make the sort of wine they like to drink – unpretentious just like them. The standouts are the Rosé, the 2016 Dry Riesling and of course the 2015 Pinot Noir. https://www.poppiesmartinborough.co.nz 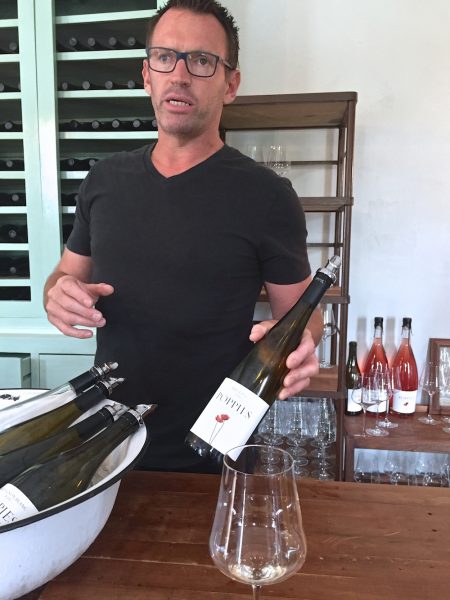 Ata Rangi carried on the tradition of sharing from which it was born. Still sharing knowledge, equipment and ideas with the newcomers – both winemakers and tree-changers who hope to be. Ata Rangi is still handcrafting wine from small crops of intensely flavoured fruit and doing its bit to keep Martinborough on the wine map.

It was innovation and a lot of hard work that put Ata Rangi on top. Winemaker Helen Masters now ensures the brand and reputation grows.

The eponymous Martinborough Hotel can’t be missed, as it owns one corner of the leafy village laid out in a Union Jack pattern. Built in 1882, the hotel qualifies as both heritage and boutique with a charming mix of contemporary and traditional. My Verandah room was elegant and comfy and a clawfoot bath took centre stage in the spacious bathroom. And I was just upstairs from the bar and ‘Paddock to Plate’ restaurant! 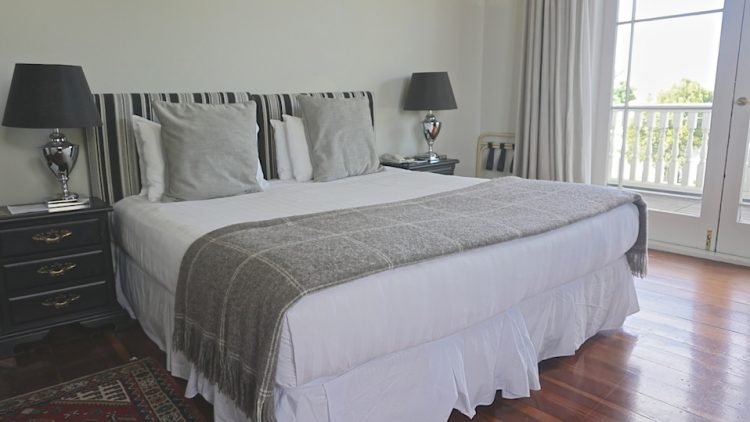 The Martinborough makes an ideal base for walking or cycling to the nearby vineyards. Naturally, the wine list showcases these exceptional wines alongside an adventurous menu. The list includes 19 wines by the glass. Learn more about the best Wellington Wine Country drops with a red or white flight or like I did – both! 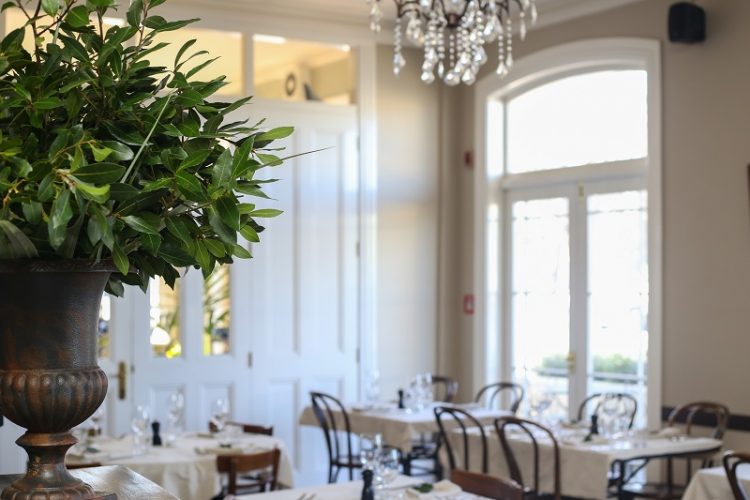 I got to know more about why “Wellington Wine Country?” with the General Manager Jo Parker and chair Nicola Belsham. With such a small share of the market and their proximity to the capital it just makes sense that the towns align themselves with Wellington. Aussies and Kiwis can plan a perfect long weekend combining the ‘world’s coolest little capital’ and getting amongst the grapes in Welly’s backyard.

Starting with share plates of warm olives with bread and pork croquettes we started our flight of whites: A savoury, delightfully mineral Alexander ‘Raumati’ Rosé, followed by a Te Hera ‘Ocean Child’ Riesling 2016 – everything that Riesling is meant to be. Then a Palliser Estate Sauvignon Blanc 2016 with a lovely, dry Big Sky Gruner Veltliner 2016. 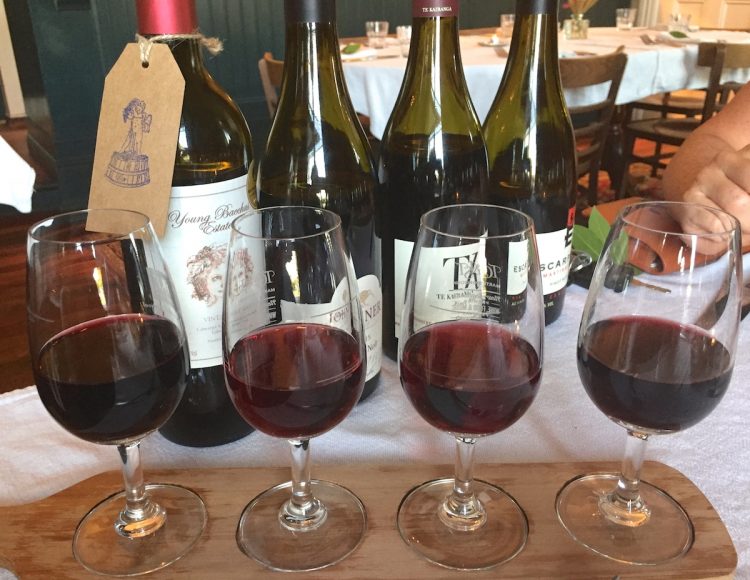 Over a delectable Duck Poutine main I relished the Young Bacchus Cabernet Sauvignon Merlot Franc 2013. Then onto the Wellington Wine Country specialty – Pinot Noir. Both the Johner ‘Wairarapa’ 2015 and Te Kairanga ‘Estate’ 2015 showed off the region’s credentials and the Kiwa by Escarpment 2014 was glorious fruit followed by intense, savoury, mouth filling flavour.

They do like a festival in Wellington Wine Country and two of the best are: Wairarapa Harvest Festival in March – where town meets country

Toast Martinborough in November is considered New Zealand’s premier wine, food and music festival. You can spend the day amongst the vines moving from winery to winery on foot or by bus. 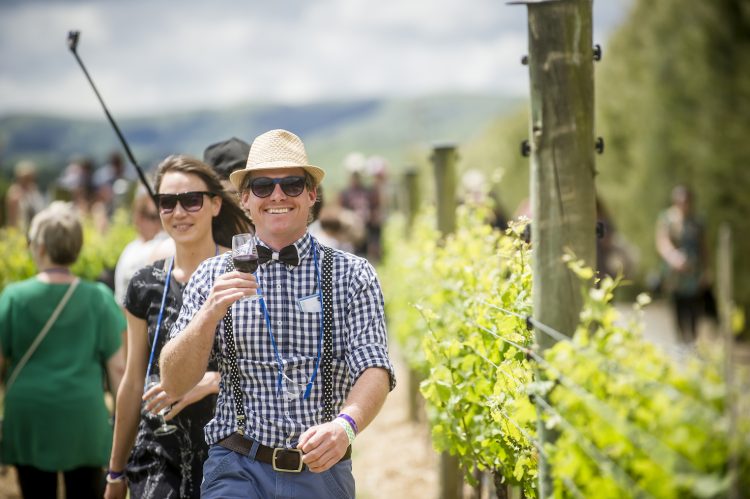 Wellington Wine Country is unique in a country now applauded for its extraordinary wine. From the can-do attitude of the pioneer, winemakers has grown a community that not only collaborates but cares too. Steal away to this magical place – you will be richly rewarded.

Disclaimer: TML was a guest of Tourism Wellington and Destination Wairarapa.

Our Kind of Town - Beechworth

The Group Wines – a collective of *pleasure

Taking the time to dream sounds like a plan

The Granite Belt – a garden of earthly delights